TIMTOS x TMTS 2022, Taiwan’s first-ever co-branded machine tool show, will be held in Taipei Nangang Exhibition Center, Hall 1 and 2 from February 21 to 26 this year with 950 exhibitors in 5,200 booths. It will be the largest trade show in Taiwan since the outbreak of the pandemic, meanwhile, the most significant and highly anticipated event for the global machine tool industry in early 2022.

It is worth noting that TAITRA, one of the show organizers, has launched six tactics to serve the exhibitors and overseas buyers recently, including TIMTOS x TMTS online exhibition, On-site Guide for Online Visitors, Live Tour @ Showground, 1-on-1 Procurement Meetings, Media Eye on TIMTOS x TMTS Online, and On-site Guide for Media Tour.

The six tactics will be targeting at two major groups, foreign buyers and international media, to provide “one-on-one” and “themed” services. For example, the On-site Guide for Online Visitors and On-site Guide for Media Tour feature exclusive personnel equipped with mobile devices to guide visitors and media online all the way through the selected booths at the showground.

There are also multiple guide routes covering themes such as smart manufacturing, key components, applications in aerospace, electric vehicles, medical care and semiconductors. The visitors and media will be able to interact with the exhibitors audio-visually in real time as if they were present at the show physically. The OMO services aims to exploit more business opportunities for the exhibitors as well, says TAITRA. 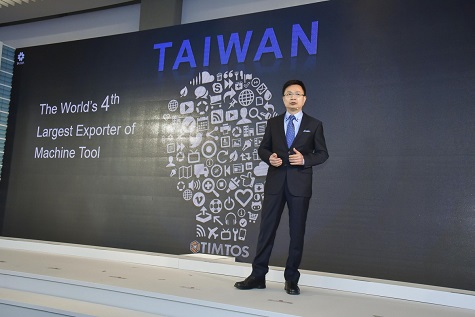 Early this month TAITRA organized a workshop to help the exhibitors become familiar with the online exhibition platform. Nearly 200 exhibitors participated in the workshop with great enthusiasm for the coming show. TAITRA stated that exhibitors understood the necessity of showcasing both on-site and online and used every possible digital tool to minimize impacts from the pandemic.

The online registration for TIMTOS x TMTS 2022 visitors is available on the official website www.timtos-tmts.com.tw.

Bangkok to be the first comprehensive showcase of Future Mobility Concepts, Innovations, Technologies and Solutions in Asia-Pacific CES® is the most influential tech event in the world – the proving ground for breakthrough technologies and global innovators. 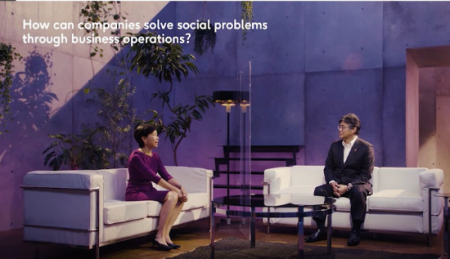 Fujitsu held its second consecutive annual flagship global digital event, Fujitsu ActivateNow 2021, on October 12, 2021. Speakers across the world shared insights and ideas on how to solve business and social challenges and the role of digital technology as a change agent, in order to deliver a more sustainable future. From 12 to 15 October 2022, the exhibition complex of fieramilano Rho will host 33.BI-MU, the major and most important Italian exhibition dedicated to the industry of metal cutting, metal forming and additive machine tools, robots, digital manufacturing and automation systems, enabling technologies and subcontracting. For the first time ever, two major machine tool exhibitions in Taiwan, “Taipei Int’l Machine Tool Show (TIMTOS)” and “Taiwan International Machine Tool Show (TMTS)” will be held at the same time with the show name “TIMTOS x TMTS 2022” in Taipei, February 21 – 26, 2022, creating a “1+1 greater than 2” synergy for the industry, and likely boosting the international status of Taiwan machine tool industry.

Total exports of Taiwan machine tools from January to August this year reached US$1.755 billion, a phenomenal increase by 22.2% over the same period last year. What’s more, recently TIMTOS and TMTS, two exhibition gurus in Taiwan, have reached consensus that they will be working together to host the shows same time, same venue in Taipei next February, with the same goal in view to help Taiwan companies explore global markets.

Over the years, the two trade shows have been separately held in Taipei and Taichung and kept growing in scale. However, due to the pandemic and venue issues in Taichung, both TIMTOS 2021 and TMTS 2020 were presented online instead of physical exhibitions. As the global machine tool industry is recovering from the pandemic and demand is going high, industry players are eager for physical events. Mr. Jong-chin Shen, Vice Premier of Executive Yuan has thus coordinated the organizers of TIMTOS and TMTS to work together and maximize the trade opportunities for all the exhibitors and visitors. Undoubtedly, the cooperation marks a milestone of unity for Taiwan machine tools industry.

Aside from metal cutting machine tools, machining centers and metal forming machine tools, the joint show “TIMTOS x TMTS 2022” will also showcase a lineup of smart machines. “Smart Machinery” is part of Taiwan government’s “five plus two” innovative industries plan. The alliance between TIMTOS and TMTS in 2022 will fully represent the development and R&D capacity of Taiwan smart machinery industry.It is expected that the joint show “TIMTOS x TMTS 2022” will consolidate resources available to better serve all attendees.

You might be interested:
Creaform Introduces Three New Solutions to the R-Series Suite
How Three Of The Most Carbon Intensive Industries Can Reach Net Zero by 2050
Schneider Electric In Collaboration with AVEVA: Go Green 2022
Honda’s 2030 Vision: “Joy Of Expanding Their Life’s Potential”
World Climate Forum ASIA, 2021- The Road To COP26
Thailand Positioned To Be A Global Electric Vehicle Hub
EMO MILANO 2021: Over 60,000 Visitors And 91 Represented Countries
A Prophecy Fulfilled: Rolls-Royce First Fully Electric Car
Kearney Launches Digital Model Factory
MACH 2022: Mark Your Calendars & Save The Dates! World Climate Forum ASIA 2021 Series aims to facilitate regional climate action from this high growth continent and contribute to the global agenda at World Climate Summit 2021 during COP26 in Glasgow and beyond. World Climate Forum ASIA supports the mobilisation of local and international efforts and leverage green financial and economic models for the net-zero transition.​ Senior policymakers and high-level public and private actors gathered from around the world for action-oriented discussions on advancing net-zero targets across all sectors, limit global warming to 1.5 degree, as well as accelerate the green recovery and adaptation.

What You Have Missed: EMO MILANO 2021, the world trade show dedicated to the metalworking sector held at the Exhibition Centre of fieramilano Rho, closed on October 9, 2021.

Promoted by CECIMO, the European Association of Machine Tool Industries, and organised by the operational structures of UCIMU-SISTEMI PER PRODURRE, the Italian machine tools, robots, and automation systems Manufacturers’ Association, EMO MILANO 2021 registered more than 60,000 visitors coming from 91 countries.

Luigi Galdabini, General Commissioner of EMO MILANO 2021, stated: “The exhibition data confirm the value of the event, considered as the appointment of reference for the worldwide manufacturing industry of machine tools, robots, and automation systems”.
“EMO showed its importance, drawing all those operators to Milan, who could have the green light to move from their countries of origin. Moreover, the participation of the operators, coming not only from Europe, but also proves the attractiveness of Italy, regarded as one of the most interesting and promising markets, as well as a leading manufacturing country in the sector”, added Luigi Galdabini.

Alfredo Mariotti, Director of the Exhibition, pointed out: “A very large number of exhibitors have expressed their full satisfaction with the results achieved over these six exhibition days. “Qualified and very motivated visitors”, “A duly organised trade show in all its details and not least those related to safety”: these are the most common expressions of appreciation received both from habitual exhibitors of the world metalworking trade show and from companies who did not have particular previous participation experiences”.

Despite the mobility restrictions still in force, EMO MILANO confirmed its international character even on this occasion. Foreign exhibitors accounted for 60% of the total, whereas foreign visitors made up 30% of the overall number. An absolute attraction for the operators of the world manufacturing industry was the wide product offering on show, representing all the segments of the sector, expression of the production proposal of over 700 enterprises, exhibited within 6 halls completely set up for the event and covering 100,000 square meters of overall exhibition area.
Germany, Switzerland, France, Spain, Austria, Slovenia, Turkey, Poland, Russia, and Denmark were the most represented countries at the trade show, which was also attended by numerous operators from Finland, Croatia, Estonia, Lithuania, Hungary, Czech Republic, USA, Great Britain, Israel, Japan, South Korea, Ireland, and Egypt.

Besides the technology offering, EMO MILANO 2021 featured numerous side initiatives, such as EMO Digital, the exhibition area focused on digital technologies; EMO Additive Manufacturing, dedicated to one of the most promising fields of the manufacturing production; EMO Start-Up, which offered an overlook of new enterprises working on the development of products and projects related to the world of production systems and metalworking. A novelty of EMO MILANO 2021 was the Speakers Corner, the arena set up in Hall 5, which proposed over 80 speeches and in-depth analyses and discussions by exhibitors and organisers. In addition, 20 meetings were hosted within the EMO ADDITIVE area, arranged by AITA-ITALIAN ASSOCIATION OF ADDITIVE TECHNOLOGIES. Over 2,000 attendees registered for the meetings, in addition to about 3,000 remotely connected users (for an average of 500 users per day), who, over the six exhibition days, were able to follow the events held at the trade show thanks to the live streaming service.

Due to the extensive list of exhibitors, I have selected those that might be of interest to you: From A-Z

The next edition of EMO MILANO will take place in October 2027.