Peter Mösle of Blum-Novotest talks about the trends happening in the automotive manufacturing industry, and how the company has kept up with manufacturers’ new requirements. 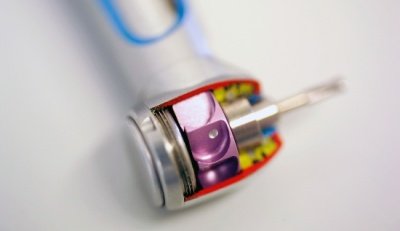 This technology has enabled myonic to do machining even more accurate than before, and achieve even more measuring points to be recorded in a shorter space of time. Article by Blum Novotest. The range of precision bearings, which are still a key sales-driver at myonic, has since been enhanced by a number of other products.

myonic’s machine tool bearing activities are concentrated at a fully air-conditioned facility in Leutkirch, Germany. “The high-precision roller bearings are employed, for example, in rotary and swivel tables, milling heads and swivel spindles in machine tools,” explains Christoph Sauter, who, as Production Manager, is responsible for the manufacture of these precision bearings. “The bearings are double-direction, screw-on and installation-ready precision bearing units and part of the AXRY bearing range at myonic.”

The axial-radial-bearings consist of three rings: inner ring, outer ring and axial washer. Additional components include the cylindrical rollers, axial and radial cages, lubricants and retaining screws that hold the assembled bearing together. The rings are made of chromium steel, which has proven highly successful in bearing rings and rolling elements and which is hard machined at myonic exclusively on turning centres.

The hard-turning process occurs on different machines in two stages: roughing and finishing. Depending on the actual size, fine finishing to the final dimension, with extremely tight tolerances in the micron range, takes place on a horizontal or vertical turning machine in one setup and without any reworking. Cutting is conducted in a wet condition (cooling lubricant), while the workpieces are clamped on special magnetic chucks. Important dimensions in Z-direction are measured in-process, in other words while still clamped on the machine. An innovation that has significantly contributed to improving the production processes. This high-precision task is performed by the TC52 touch probe from Blum-Novotest, which transmits the measured values to an infrared receiver inside the machine room. The TC52 is positioned on the Hembrug horizontal hard-turning machines via the tool turret.

Sandvik And Renishaw Collaborate To Qualify New AM Materials

Additive Manufacturing and Journey to Industry 4.0 Blum-Novotest GmbH will be showcasing its latest measuring and testing technology at EMO Hannover 2019. Highlights include the new visualisation and evaluation software LC-VISION, several solutions for determining the quality of machine tool spindles, and the latest applications in the field of DIGILOG tool and workpiece measurement. Blum-Novotest will be in Hall 6, Stand D01

“Thanks to DIGILOG technology, we have been able to create the basis for a whole range of highly innovative products; with the LC50-DIGILOG laser measuring system, introduced in 2017, leading the way. These DIGILOG workpiece and tool measuring systems enable even faster measurements by recording thousands of measured values a second and offering maximum process reliability through data stream evaluation and, above all, previously unimaginable applications. In addition to the latest hardware and software solutions, our presentation at EMO will therefore also focus on showcasing current and future areas of application for DIGILOG technology within a networked production environment: For example, the scanning measurement of contours and bores, the use of DIGILOG systems in closed-loop processes or the roughness measurement of workpiece surfaces in large-scale production,” said Winfried Weiland, marketing manager at Blum-Novotest.

One of the solutions on display, Blum’s visualisation and evaluation software LC-VISION, specially developed for BLUM’s laser measuring systems, takes tool measurement in the machine to the next level by enabling live visualisation and analysis of the values recorded during the measuring process directly on the machine control. The software is used, for example, in combination with the other new option SpindleControl. With the help of this application, DIGILOG laser measuring systems can record the condition of the spindle at different speeds and indicate at an early stage any bearing damage and resulting machining inaccuracies, for example. This data can also be used for preventive maintenance, thereby ensuring that a spindle can be overhauled in good time before total failure and unscheduled machine downtime occur.

The function is also used in real-life scenarios to minimise the warm-up times of machines in high-precision machining: By using SpindleControl, the user can determine when the machine has reached a thermally stable state and machining can commence. Even vibration analysis based on spindle rpm/range is possible: The data can be used to identify irregularities that indicate, for example, bearing damage.

BLUM will also be presenting the technology cycle 3D ToolControl based on LC-VISION. If, for example, the new option is to be used to monitor a ball nose mill for wear, the longest and shortest cutting edge at various pressure angles can be visualised at a glance in LC-VISION. The user can therefore see at which angular position a problem exists and is able to determine the most suitable compensation method for this application and machine with the aid of various evaluation methods. Moreover, LC-VISION also provides a view in which the measured length values of each individual cutting edge are displayed in a bar chart. Based on this visualisation, it is, for instance, possible to draw conclusions about the achievable surface quality, the quality of the (new) tools used and their service life. Another special feature of LC-VISION is the diagnostics view: For the first time, all relevant system information, such as focus position, installed hardware and software as well as preventive maintenance data, is displayed to the operator on the control screen. The FormControl Automation option allows the automatic execution and logging of measurement jobs between and after machining steps without operator intervention. The measuring programs for the manufactured parts, created as usual in FormControl, are collected by the new option before being transmitted to the machining centre, which then automatically executes the measurement jobs and saves the results. After completion of the parts, the operator can transfer the measurement data back to the PC at any time and create the corresponding measurement protocols with just a few mouse clicks.

For years, the trend for many companies has been in the direction of combination turning/milling machines. In order to respond to this development, Blum has already marketed a hybrid measuring system. Article by Blum-Novotest.

The LC52-DIGILOG by Blum-Novotest is a hybrid laser measuring system for tool measurement and monitoring in combination turning and milling. The company is also introducing the intuitive ‘measureXpert’ app for the rapid generation of cycle calls for Blum measuring systems.

Winfried Weiland, Head of Marketing for Blum-Novotest GmbH, explained, “For years, the trend for many companies has been in the direction of combination turning/milling machines. In order to respond to this development, Blum has already successfully marketed the LaserControl NT-H 3D measuring system since 2007.”

The introduction of the LC50-DIGILOG at EMO 2017 then made it possible to develop a system with future-oriented digital-analogue technology for these machines as well. The new LC52-DIGILOG combines the advantages of non-contact, digilog measurement with those of tactile measurement via touch probe in one compact device. Another highlight is the ‘measureXpert’ app as it makes the use of measuring systems simpler.

Machine concepts combining several manufacturing processes require a different configuration for tool setting and monitoring than standard milling centres. While rotating tools are always measured quickly and reliably by the laser, it is recommended that non-rotating tools be monitored tactilely. The reason for this is that stationary tools, such as turning tools, require a time-consuming high point search on the tool cutting edge for high-precision measurement. In this instance, coolant also has a greater influence on process capability than is the case when measuring rotating tools. Rapid contact measurement of turning tools is therefore an advantage.

The tactile measurement is carried out by the adapted Blum probe with shark360 measuring mechanism with face gearing. The TC76 has all the characteristics typical of Blum probes, such as precise, non-lobing touch characteristics and wear-free, optoelectronic signal generation. Unique worldwide, the shark360 technology complements the multi-directional measuring mechanism with a face gear comprising 72 teeth, guaranteeing the greatest accuracy even with off-centre probing, which can occur with the measurement of turning tools. When the stylus is deflected, a precision pin moves into a light barrier, which generates the trigger signal for recording the measuring value.

The company also relies on the recently launched DIGILOG technology for the measurement of rotating tools on the new hybrid system. The innovative technology offers surprising advantages:  including even greater process reliability under the influence of coolant as wells the up to 60 percent faster measurement of rotating tools. This is made possible by generating thousands of measurements per second while dynamically adjusting the measuring speed according to the nominal speed of the tool. Each cutting edge is also individually measured, rather than just determining the value for the highest cutting edge, meaning it is possible to make a comparison between the shortest and the longest cutting edge.

As a result, run-out errors, caused by contamination on the taper of the tool holder for example, are automatically detected. Furthermore, the LC52-DIGILOG detects any contaminants and cooling lubricants adhering to the tool – due to the large number of measurements per cutting edge – and deducts them from the result to make measurement results even more reliable.

Using the ‘measureXpert’ app makes it very quick and easy to generate cycle calls for different controllers and measuring systems. The intuitive operation is to be emphasised here: The user is guided step-by-step to the appropriate cycle call for their measuring task.

CHECK OUT OUR LATEST ISSUE!