While the oil & gas sector began looking out for new technologies, adoption has historically been sluggish to go beyond operations. It is now attempting to make up for lost time and businesses are buckling up in terms of investigating and implementing new technologies. The timing seems ideal for digitally-enabled efforts to generate growth in this environment where the world is uncertain. As the sector tries to address its bottlenecks, companies expedite their adoption of technologies like AI, IoT, and analytics to make maximum gain with scanty losses.

GlobalData’s latest report, ‘Data is the new oil: how tech transformation can fuel efficiencies in oil & gas’  focuses on how the oil & gas sector is incorporating the use of emerging technologies to drive innovation and march towards a massive transformation.

Regardless of the asset type, the need of the hour is to implement emerging technologies to optimize oil recovery and maximize output, says GlobalData, a leading data and analytics company.

Equinor developed a machine learning model to analyze mud-gas data to predict the gas to oil ratio of wells as they are drilled. It is written in python and can be embedded into existing commercial petrophysics software. As it happens in real-time, it can act as an alert system when drillers are tapping into uneconomic pay zones.

Mr Paul concludes: “As global oil & gas operators look to 2022 budgets, they must balance investor expectations to grow volumes and revenues. This can only be mapped with judicious upstream technological adoption that can not only keep downtime at bay but also help explore the function’s true potential to improve yield sustainably while avoiding hazards.” 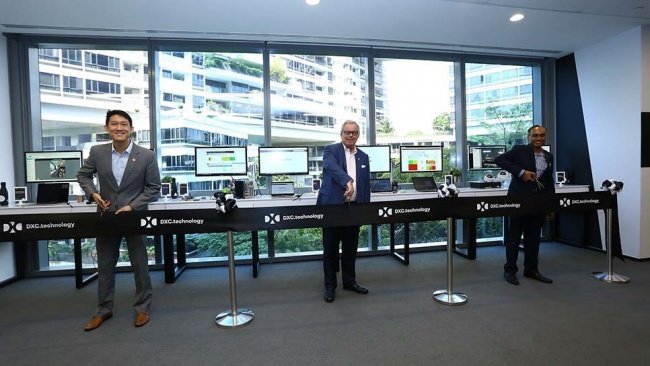 DXC Technology has announced the opening of its Digital Innovation Lab in Singapore. Developed with the support of the Singapore Economic Development Board (EDB), the DXC Digital Innovation Lab Singapore is an advanced environment for the incubation of ideas, learning and innovative technology solutions developed by data scientists and enterprise solution experts. The lab will benefit DXC employees, clients and partners, as well as the technology and business communities of Singapore, the region and beyond.

The DXC Digital Innovation Lab Singapore is an extension of DXC Labs, whose goal is to ensure that DXC masters the emerging technologies it needs in order to lead clients through accelerating digital transformation. At the innovation lab, digital specialists will explore novel technologies, develop prototypes and create reference architectures for rapid business deployment. It will showcase new and evolving approaches for delivering transformative digital solutions in industries such as insurance and financial services, healthcare and manufacturing. DXC Digital Innovation Lab Singapore will enable DXC to co-create prototypes and solutions with customers and partners across Asia.

“The DXC Digital Innovation Lab will accelerate the digital transformation of enterprises in Singapore,” said Ang Chin Tah, director of Infocomms and Media, EDB. “The Lab will also create opportunities for Singaporeans to gain valuable practical experience from the use of cutting-edge technology in real-life business applications, further building our pipeline of commercially-minded digital talent.” Thirty one percent of CIOs in the Asia Pacific region have evolved their digital initiatives to the scaling stage, up from 19 percent in 2018, according to a survey from Gartner, Inc. This indicates that digital business is maturing throughout the region, from tentative experiments to application at a massive scale. The major driver for scale is the intent to increase customer engagement via digital channels.

Analysts presented the Asia Pacific findings from Gartner’s annual global survey of CIOs during the Gartner Symposium/ITxpo on the Gold Coast. The 2019 Gartner CIO Agenda survey gathered data from more than 3,000 CIO respondents in 89 countries and all major industries — 671 CIOs are from 16 countries within the Asia Pacific region, representing $6.1 trillion in revenue and $73.7 billion in IT spending.

The survey results show that digital business has reached a tipping point. Forty seven percent of Asia Pacific CIOs also reported that their enterprises have already changed their business models or are in the process of changing them. Forty percent report evolving consumer demands are driving their business model change.

“The ability to support greater scale is being invested and developed in three key areas: volume, scope and agility,” said Andy Rowsell-Jones, vice president and distinguished analyst at Gartner. “All areas aim at encouraging consumers to interact with the organisation. Generally speaking, the greater the variety of interactions that are available via digital channels, the more engaged a consumer becomes and the lower the costs to serve them are.”

Mr. Rowsell-Jones recommends that CIOs throughout Asia Pacific evolve their thinking to be in tune with this new era of rapid increases in the scale of digital business.

The survey results indicate that transformation toward digital business is supported by steady IT budget growth. CIOs globally expect their IT budgets to grow by 2.9 percent in 2019, but Asia Pacific is the leading region with an expected 3.5 percent growth. However, this is a significant cut from the 5.1 percent projected budget increase in 2018.

Boards of directors typically also ask for a set of key performance indicators (KPIs) to measure digital transformation progress. The Gartner survey found that 81 percent of Asia/Pacific CIOs measure the return on investment (ROI) of digital.

“CIOs should use their financial resources to make 2019 a transformative year for their businesses,” said Mr. Rowsell-Jones. “Stay active in transformation discussions and invest time, money and human resources to remove any barriers to change. Enterprises that fall behind in digital business now will have to deal with a serious competitive disadvantage in the future.”

The CIO Agenda survey indicates that disruptive emerging technologies will play a major role in reshaping business models in Asia/Pacific as they change the economics of all organisations. Thirty four percent of CIOs in the region expect AI to be the most disruptive game changer for their organisations in 2019, taking the top spot away from data and analytics, which now occupies second place at 26 percent.

“This rapid shift to AI looks revolutionary on the surface, but this bump in adoption rate may indicate irrational exuberance instead,” said Mr. Rowsell-Jones. “While CIOs can’t afford to ignore this class of technologies, they should retain a sense of proportion. This latest batch of AI tools is yet to go through its Trough of Disillusionment.”

According to Mr. Rowsell-Jones, the strong focus on cybersecurity shows the necessity of creating a secure base for digital business that shields their organisation and clients. The survey indicates that 45 percent of Asia/Pacific CIOs still own the responsibility for cybersecurity. However, the IT organisation alone cannot provide cybersecurity anymore.

The rise of social engineering attacks, such as phishing, require a broader behavioural change of all employees. In 24 percent of the digitally top performing organisations in Asia/Pacific, the boards of directors are accountable for cybersecurity rather than the CIO alone. Nevertheless, CIOs are combining measures to harden information processing assets with efforts to influence the people that use technology to improve security against cyberthreats.

“CIOs in the region excelled at scaling their digital business last year, but they now have to take it one step further and put their growing digital business on a stable and secure base,” said Mr. Rowsell-Jones. “Their success hinges on a sound strategy that combines new, disruptive technologies with a rebalancing of existing investments.”